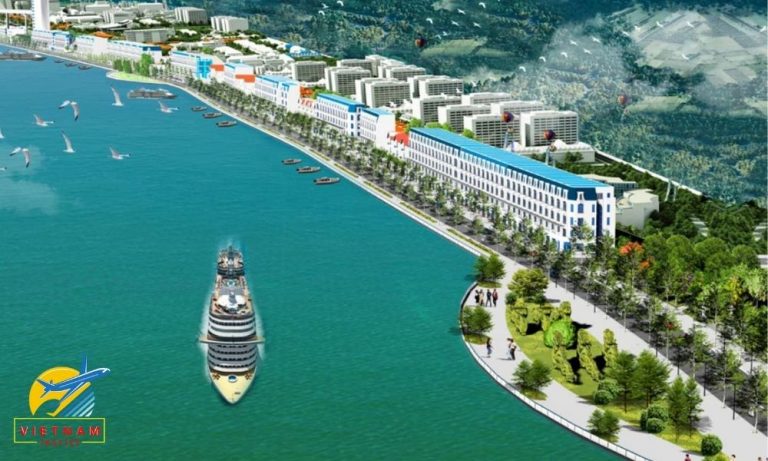 Many cities in Vietnam feature a fusion of architectural features and modern Asian building. Below are 10 Vietnam tourism cities.

Hanoi, the Vietnamese capital, is a city full of beautiful architectural style, an enigmatic youth scene, and layers of history. Staying in the city’s historic district means living among the collapsing, vine-covered facades of French colonial architecture.

The sheer vibrancy of Hanoi’s streets as well as the welcoming smiles of its people overshadow the city’s many sights and museums. Spend days walking the city streets, along the lakes, and shopping at the food markets. Just keep an eye out for motorcycles – they’re everywhere!

The city in the south has had a complicated history. Ho Chi Minh City, also known as Saigon by many locals, is named after the great communist leader himself and serves as a reminder of Vietnam’s military and social power.

The city, while less beautiful than the capital, is now a modern mix of expats, tourists, and local residents who all work and live along the old alleyways. The military museum here offers insight into Vietnam’s powerful might, while the Independence Palace is a modern design triumph. Evenings in the city are frantic and fun-filled, with bars and restaurants filling up as tourists and local residents mix and mingle in the busy streets.

This is one of the most attractive Vietnam tourism cities.

Hoi An is famous not only for its beautiful architecture and colorful streets, but also for its culinary delights. In riverside restaurants, the town’s restaurants and street stalls serve deliciously fresh food. Spend the day exploring the city’s temples and beautiful beaches before indulging in a well-deserved sloshing bowl of pho.

One of the most remarkable Vietnam tourism cities have to be mentioned is Da Nang.

Da Nang’s sandy beach and colonial architecture have long drawn visitors. The city is located midway between Hanoi in the north and Ho Chi Minh City in the south and exists to serve as a tourism destination for people willing to spend their days enjoying on white sand beaches.

My Khe Beach is a developed coastline ideal for water sports enthusiasts, and while it can get crowded, the environment is always enjoyable. If you need some peace and quiet, try the tree-lined Lang Co Beach, which has sparkling clear waters and gentle lapping waves.

Dalat is a cool spring city as well as one of the most well-known Vienam tourism cities located in Vietnam’s central highlands. Dalat, with a cooler climate than the rest of the country, is an elegant rural city dotted with French colonial villas. Originally planned as a French vacation destination, the city has evolved into a romantic getaway for Vietnamese couples.

There are horse-drawn carriages on the streets, and a somewhat tacky Eiffel Tower-style structure overlooks the city. It’s not all about romance, though; those interested in adventure sports come here to try their hand at mountain biking, trekking in the mountains, or white-water rafting.

Hue was once the imperial capital of Vietnam, home to the dominant elite, but much of its once opulent palace was destroyed during the American war. The town is now a popular stop for tourists looking to spend a few days wandering around ruins. Some of the Imperial Palace has been meticulously rebuilt, while much of it is in ruins but makes for a good place to explore.

Take public transport ride outside of the city to see the emperors’ extravagant self-built tombs, then return to the city for dinner along the Perfume River in the evening.

Nha Trang, a South China Sea resort town, is a thriving city. The city is located on a long stretch of sandy beach that tends to attract a large number of tourists (perhaps too many for some) due to the diverse aquatic life, fresh waters, and balanced reefs.

The port city is densely packed with Champa Kingdom architecture and temples, as well as Catholic churches and Vietnamese eateries. The area around the city is well-known for its popular attractions and natural hot springs, which is a simple day journey from center of city.

Can Tho, famous for its floating markets, is a merchant trading center at the confluence of the Can Tho and Hau rivers. The rivers and trade along the connecting Mekong are central to life in this city; food is bought and sold on the water at Cai Rang floating market.

The location has been dubbed “Vietnam’s Rice Bowl,” a

nd for good reason: fresh vegetables, rice, and fish are all bartered through the city, and as a result, the town’s restaurants are brimming with delectable offerings. Evenings in the city consist of romantic sunset walks all along riverfront esplanade with amicable locals to communicate and interact with.

My Tho, located near Ho Chi Minh City, allows visitors to experience riverside living in Vietnam. Taiwanese refugees founded the city in the late 1600s, and evidence of Chinese culture can still be seen in its architecture today. The lively market town perches on the banks of the Mekong.

Shops of all kinds open up to the river, and a boat ride on the water reveals the true beauty of the surrounding countryside. While you’re in town, don’t forget to try the My Tho soup – it’s delicious!

Vietnam’s beautiful countryside is reminiscent of paradise, with lush hills, flourishing valleys, and cascading waterfalls. The Bang Giang River winds its way through the countryside to the cool city of Cao Bang.

The area is home to many ethnic hill tribes, which is visible in the city; the markets here are brimming with goods made by rural communities – women arrive from tiny villages to purchase their local vegetables alongside the river.

Cao Bang city provides visitors with an opportunity to learn about Vietnamese culture and is an excellent starting point for exploring the arcadian countryside.

Dong Hoi, located near the border between North and South Vietnam, was severely damaged during the American war. It was rebuilt to become a top-tier coastal attraction, and its sandy beach has attracted attention in the recent years.

New sea-view hotels, and also wonderful fresh seafood restaurants, have begun to spring up. Exploring the peculiar and mysterious cave networks of Phong Nha Cav is one of the many adventurous activities available in the surrounding area.

This thriving industrial city is densely packed with colonial architecture. Haiphong is much more than just an industrial port: the northern city is a bustling commercial center known for its beautiful flame flower trees that line the streets.

The enjoyable city is an excellent starting point for exploring the scenic spots in the surrounding area, such as Halong Bay, but it also has some touristic attractions of its own. Temples, pagodas, and shrines dot the pathways, and the seaside is a perfect way to relax and absorb some rays.