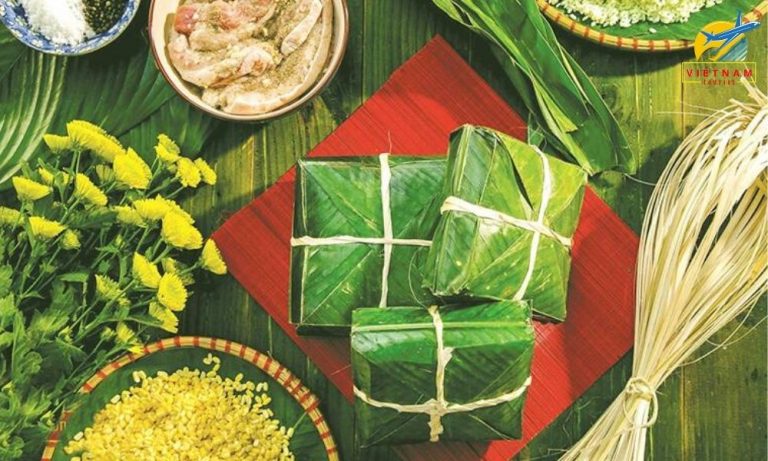 Vietnam has a distinct culture that has evolved over millennia. This results in a plethora of special festivals that clearly demonstrate Vietnamese people’s beliefs and traditions. With the exception of appreciating spectacular natural scenery, it is also worthwhile to attend some of Vietnam festivals to obtain a greater understanding of this peaceful nation.

The 10 biggest and most well-known Vietnam festivals,  celebrated all year round, are listed below.

When it is held: At the start of the Lunar New Year

Hanoi, Vietnam is a recommended destination.

Tet, or Lunar New Year, is the most major festival and holiday in Vietnam. Schools, businesses, and factories are all temporarily closed. It is a time for family reunions and gatherings as people return to their homes. Most Vietnamese people prepare for this special day by cleaning and decorating their homes, as well as cooking delicious foods. During this time, you can learn a variety of unique Vietnamese customs. For example, the significance of the first person visiting the house on the new year, wishing New Year greetings, ancestor worship, as well as giving lucky money to the aged people and kids  (known as “Li Xi” in Vietnamese).

When it is held: from the 8th to the 11th of the third lunar month

The National Hung King Temple Festival is held in Phu Tho. It is held annually to commemorate Hung Kings, the nation’s founder, as the name suggests. People from all over the country and those living overseas flock to the main temple on Nghia Linh, Phu Tho, to participate in this meaningful festival. The festival’s atmosphere is always lively, with many different folk games such as human chess, bamboo swings, rice cooking contests, “nem con,” wrestling, lion dance, and so on.

When: 6th to 8th day of the first lunar month

Soc Temple is located on Ve Linh Mountain in the Phu Linh commune of the Soc Son district of Hanoi.

Every year in the spring, locals look forward to the Giong Festival. The festival is primarily held in Soc Son’s Phu Dong Temple to commemorate Saint Giong, one of the four Vietnamese immortals. It is so significant and meaningful that UNESCO designated it as a culture and heritage of humanity. Visitors can witness ceremonies such as ceremonial occasions, trying to clean the statue of Saint Giong, and incense offerings during the festival. The stories will teach you about Saint Giong and how he came to be one of Vietnam’s four immortals.

In addition, you will have the opportunity to participate in fascinating folk games and enjoy conventional singing. It is a time not only to remember the Saint, but also to pray for a bountiful harvest and a happy life. Giong Festival can be held in a variety of locations, but the two most well-known are Soc Temple and Phu Dong Temple. Don’t miss out on these fascinating Vietnam festivals.

It is held on the 12th and 13th days of the first lunar month.

Lim Town is located in the Tien Du district of Bac Ninh province.

Lim Festival is a traditional Vietnamese festival that should not be missed. This festival, which takes place on the 12th and 13th days of the first lunar month, dates back more than 300 years. It takes place in Bac Ninh and features the song “Quan Ho.” To kick off the festival, people in the village will give incense and flowers at the pagoda in honor of Nguyen Dinh Dien, the man who brought great honor to Lim town and also premised the festival. Without a doubt, “Quan Ho” singing is one of the main highlights that many tourists have on their list of must-dos when visiting Vietnam.

Local female singers can be identified by their clothing. They dress in their own traditional costumes, such as “ao tu than” (local traditional dresses with four panels) and “non quai thao” (a large round hat). Male costumes are equally elegant. Sweet love duets involving some couple singers can be heard in some performances. Aside from Quan Ho singing, there are many traditional Vietnamese games to participate in, such as rice cooking, human chess, wrestling, and bamboo swings.

Every Vietnamese child fantasizes about attending the Mid Autumn Festival, complete with a belly full of mooncakes and their own bright lantern. In Vietnamese, mid-autumn is also known as “Children’s Festival” or “Tet Trung Thu.” Though this festival is held in China and other Asian countries, the Vietnamese version is distinct, with its own traditions and legends. It takes a long time to prepare for this special occasion. In the weeks leading up to it, you can see lion dancers practicing on the streets, as well as mooncakes, lanterns, and colorful masks sold on every corner.

The atmosphere becomes more lively during the festival. The streets are clogged with people and their children. Music is louder and performances are more intense in certain areas, such as Hang Ma street in Hanoi or the riverside of Hoi An ancient town. The most rewarding aspect of participating in the Mid Autumn Festival, however, might see the happy faces of every child.

When it is held: from the 6th of Lunar January until the end of March.

Perfume Pagoda is located in the Huong Son commune of Hanoi’s My Duc district.

The iconicHuong  Pagoda attracts visitors from all over Vietnam during the Perfume Pagoda festival. As one of Hanoi’s most popular festivals, there are numerous tour companies that offer day trips to the pagoda during the festival. You will pass through many wonderful mountainous landscapes, rice fields, and limestone caves on your way to Perfume Pagoda. Following that, you have the option of climbing 120-step stone stairwells or taking a cable car to the pagoda. Throughout the three months, the temple is always beautifully decorated with garlands, candles, and gold.

Praying in the Huong Tich Cave is one of the festival’s most critical duties. It is said that if you touch the mountain and pray for a son or daughter, your wish will be granted. You can also pray for wealth and prosperity by touching the silver or gold trees in the cave.