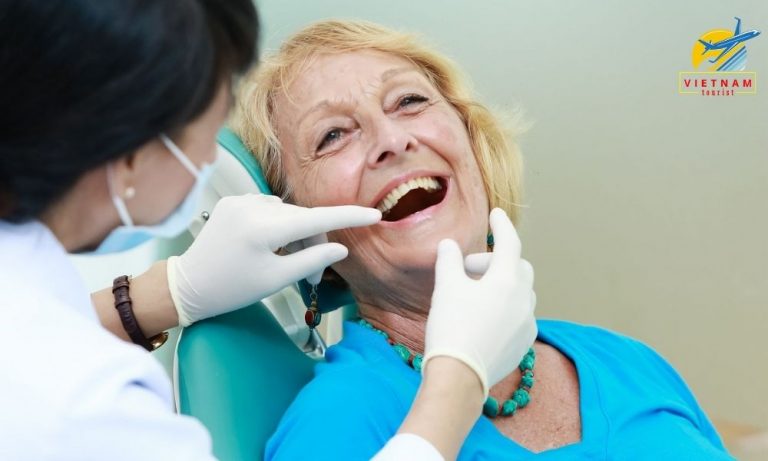 Vietnam is widely regarded as one of the best value-for-money destinations in Asia and around the world for dental implants, veneers, and all types of Cosmetic and Restorative Dentistry. Customers looking for affordable dentistry in an exciting and interesting destination will be pleased to learn that Vietnam is very affordable for hotels, food and beverage, and activities.

Vietnam is said to have more shades of green than any other country, and it is one of Asia’s most intriguing countries, with an intense and deep culture, vestiges of French colonialism in many cities, and a thriving economy that is rapidly modernizing. And, as with development throughout Asia, the clinics and equipment are brand new, outfitted with cutting-edge technology, and the dental professionals are multi – lingual and very well. It is one of the best value locations in the world in terms of price and quality, and foreign visitors for Vietnam dental tourism  have been going to grow at a double-digit rate over the last decade.

The Vietnamese, or ethnic Kinh, originated in southern China before migrating south to the two important river valleys on the southeastern Asian landmass: the Mekong River basin in the south and the Red River Valley in the north. Vietnam is considered a cultural province of China because most of its cultures and words are sino-inspired. Afterward, during the colonial era, a missionary helped to increase literacy rates by translating the language to a Latin alphabet. As a result, the Vietnamese language abandoned Chinese ideographs in favor of text that a foreign western visitor could understand.

Vietnam has white sand beaches, idyllic islands in the north or Phu Quoc in the south, terraced paddy fields near Sapa, and fresh seafood almost everywhere due to its 2000 km of coastline.

The two main locations for foreign language speaking visitors are Hanoi in the North and Ho Chi Minh City in the South. While there are several excellent dentists in other sections of Vietnam, English-speaking dental professionals are easy to find in these two cities.

Find a dentist in Vietnam.

The nation is quickly becoming known as a destination for low-cost dental care. Australians, in particular, are increasing their visits, and they are accustomed to hearing acquainted accents when they start arriving for dental treatments. Let’s take a quick look at why Vietnam has become a popular dental tourism destination, and why you should go.
To stay connected, Vietnam’s spacious cities and distant inland areas rely heavily on advanced technology. The 134 million mobile accounts (144 percent of the population) dwarf the 10 million landlines.

Even though Vietnamese is indeed the dominant language, English has grown in popularity as a second language due to increased contact with the West. The language has largely replaced French as a core subject in most schools. The younger generation of the past eagerly embraces English and is eager to practice its new language skills. Education is very important to the Vietnamese.

Students have been enrolled in the Imperial Academy since 1076. Their university was the Temple of Literature, which appears on 100,000 ng banknotes. Competition for university admissions is as fierce as ever, with the highest entrance examination scores required to secure a spot. Vietnam National University (Hanoi and Ho Chi Minh City), Hue University, University of Da Nang, and Thai Nguyen University are the five major multidisciplinary universities.

The Ministry of Health is in charge of the administration of dentistry, which is overseen by the National Dental Council, which advises on policy and law. Under the terms of the ASEAN Mutual Recognition Agreement on Dental Practitioners, the Vietnam Odonto-Stomatology Association is responsible for professional recognition. With all of these agreements in place, it’s no surprise that dental professionals in Saigon, Hanoi, and Da Nang in Vietnam are on par with their colleagues elsewhere. In a globe of Asian opportunities, Vietnam is a country we strongly recommend to dental tourists.

How to Get There

Vietnam is more than just a new medical or dental destination. It is also an enticing draw for leisure travel. In 2013, the country welcomed over three million visitors, many of whom landed at one of nine international airports and left positive feedback. If we had to pick one, it would be Tan Son Nhat International Airport (SGN) in Ho Chi Minh City, which is only a four-mile drive from the city center.

Vietnam dental tourism benefits are numerous, and we have only scratched the surface. Cruises in Halong Bay and exploring Central Vietnam’s French colonial past are two examples. Of course, the Mekong Delta’s fishermen and rice farmers would like to greet you as well. For more ideas, please visit the Vietnam National Administration of Tourism website.

The main attraction, but even so, is the price. “Most patients know what they need but can’t afford it at home, so they come here,” Soline says. “Vietnam is reasonably priced. Thailand’s treatment rate is double that of Vietnam, and Malaysia’s is 1.5 times higher.” Tourists are introduced to dentists by travel companies, and they are quickly swayed by prices that are a quarter of those in their home country. And this is where Vietnam Dental Tourism comes in.