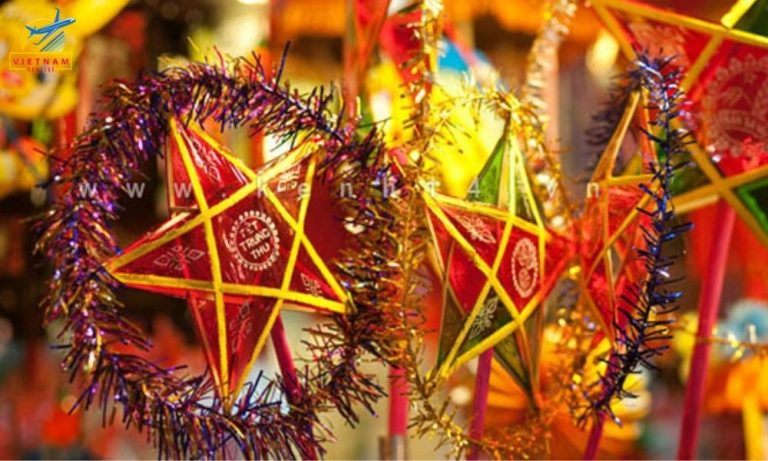 A variety of traditional festivals highlight Vietnam’s cultural richness. Participating in these vibrant activities provides an excellent opportunity to learn about Vietnam’s myths and customs.

Throughout the year, there are numerous cultural events and festivals on both a national and local scale.As a result, if you are unsure which ones to attend, the list of the Vietnam biggest festivals as well as useful travel tips, compiled below is extremely useful.

Tet, also known as Lunar New Year, is undoubtedly the most important festival of the year for family reunions and traditional ritual practice. Celebration occurs on the first night of the new moon in the first month of the lunar calendar, which typically occurs between the last week of January and the third week of February in the Gregorian calendar.

Public holidays are typically granted for seven days. Several special customs are observed during this time, such as cleaning and decorating the house, purchasing salt at the start of the year, giving lucky money to children and elders, family parties, New Year’s greetings, and visiting pagodas. Because it is primarily a religious celebration, you should not expect a wild party but rather an intimate atmosphere.

If you want to begin your journey with Tet, there are a few things you should know.

Normally, all shops and stores are closed until the third day of the Lunar New Year. As a result, you should exercise caution before shopping or visiting any location. To avoid overcrowding, book flight tickets, hotels, and services to popular attractions at least months in advance before Tet.

Last but not least, be cautious when bargaining at the start of the year because vendors believe that dealing too much causes bad luck for their business.

New Year- One of The Vietnam Biggest Festivals

Unlike other traditional festivals, New Year is an international celebration that marks the transition from the old to the new year in the Gregorian calendar. Because of the wide – spread official adoption of the solar calendar, this period is regarded as Vietnam’s most important festival, second only to Tet Holiday.
To commemorate the most important moments of the year, Vietnam, like other countries, provides a variety of tumultuous street performances and vibrant activities including such wonderful firework displays, music shows, and a countdown program. The atmosphere is most vibrant in major cities and popular tourist destinations throughout the country, such as Hoan Kiem Lake in Hanoi and District 1 in Ho Chi Minh City.

It is best to immerse yourself in the festive atmosphere at event venues or bars and nightlife venues while waiting for New Year’s Eve. Tourists must, however, be cautious of their personal belongings and avoid crowds.

The Mid-Autumn Festival, also known as ‘Tet Trung Thu’ in Vietnamese, is held on the 14th and 15th of the lunar month of August. This is a significant harvest festival observed not only in Vietnam but also in other Asian wet rice countries such as China, Taiwan, Hong Kong, Japan, and Korea. Full Moon festival, considered the second event for family get-togethers after Tet, provides leisure time for family members to return home, organize, and participate in a variety of activities such as children carrying paper lanterns, lion dances, altar set up during the festival night, and food booths selling moon cakes, sticky rice, fruits, and sweets even months before.

There are no important customs to observe, but it is a good idea to find wonderful places to visit throughout this time. In Hoi An, the Mid-Autumn Festival is best experienced by strolling down and admiring the colorful paper lanterns floating down the Thu Bong Riverside. If you are staying in Hanoi, you should visit Thang Long Royal Citadel, My Dinh National Stadium, West Lake, or Hoan Kiem Lake to enjoy the festive atmosphere in safety and peace.

The yearly Hung King Memorial Festival (Hung Temple festival) is hosted by the northern province of Phu Tho to commemorate King Duong Vuong – Vietnam’s first king. The event consists of various ceremonies and entertaining activities that take place between the 6th and 10th days of the third lunar month.
The main worship event takes place at the Hung Temple, which is perched atop Nghia Linh Mountain, to honor the Hung Kings and commemorate the deaths of National Father Lac Long Quan and National Mother Au Co. The ceremony will be followed by a flower ceremony at Den Thuong (Upper Temple), where the Hung Kings used to worship deities during their time in power.

You should prepare yourself as follows for the most entertaining and convenient moments during this spectacular festival:

Wear appropriate clothing and footwear because you will be climbing many temples and pagodas perched on hills and mountains.
Bring food and natural resource water with you and avoid purchasing essentials outside.
Personal and beneficial items should be kept carefully because there may be a lot of thieves and robbers.
Playing games outside of the official area should be avoided.