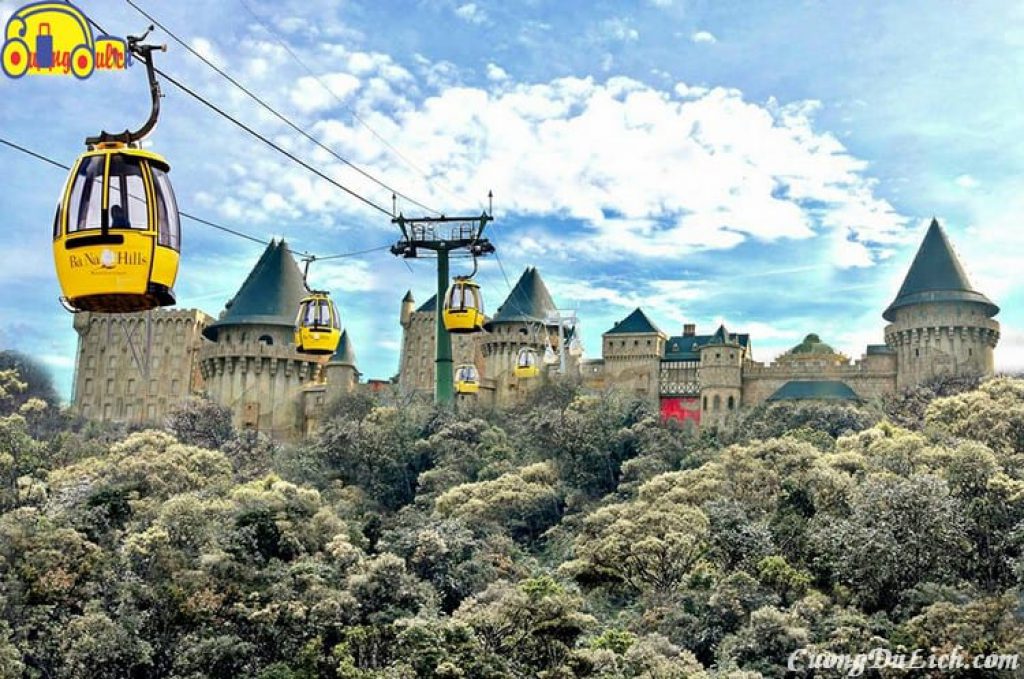 The following article will give information about Da Nang Vietnam weather and suitable time to travel here.

Da Nang Vietnam weather every month of the year

Da Nang is a city in the South Central region, so it has a tropical monsoon climate with typical high temperatures and little fluctuations. There are two distinct seasons each year:
Rainy season from August to December
Dry season from January to July 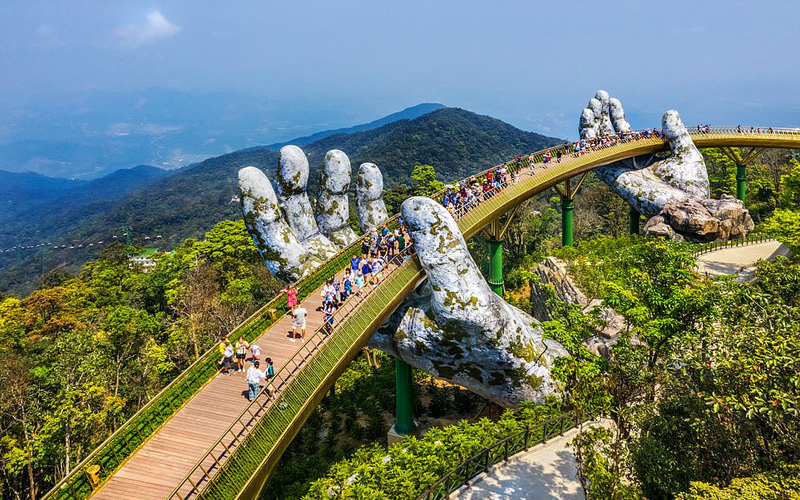 To avoid the effects of storms, the best time to travel to Da Nang is from February to August every year. However, if you want to travel economically, you should go around January to April because Da Nang’s atmosphere is quite cool, there are no storms and especially the service price is softer than June and May.

anuary is the starting month of the dry season in Da Nang, with relatively low temperatures from 18.5 to 24.8 oC. Average rainfall in the month is about 96.2 mm, humidity 80%. At this time, the weather is quite pleasant, the temperature is not high, there are no sudden rains, so it is very suitable for sightseeing in Da Nang. Visitors can visit Ngu Hanh Son, visit Linh Ung Pagoda or visit Cham Museum.

In addition, visitors to Danang at this time also have the opportunity to enjoy the bustling atmosphere of the Western New Year. The street was lit up. At night, walking around the Han River to see the shimmering beauty of the Han River Bridge, Dragon Bridge, or Thuan Phuoc Bridge is very interesting.

February is still the dry season in Da Nang, the temperature is quite low from 19.8 to 26.1 oC. Starting from this month, the rainfall is very low, the weather in February brings the tone of spring with hundreds of flowers blooming, making the whole city filled with flowers and people’s hearts feel more comfortable.

During the spring weather, thousands of tourists come here to participate in festivals and spring travel, go to the temple to pray for a new year of health, peace and fortune for their families. Especially on the 12th of the first lunar month, tourists will also have the opportunity to participate in the Hoa My village festival, enjoy participating in special folk games or listen to singing songs interwoven with dance performances the musical program of the festival is also a harmonious combination between tradition and modernity.

In March, the temperature in Da Nang started to get higher, the weather gradually warmed up, ranging from 21.5 to 28.7 oC. The humidity of the air is about 79%, the rainfall is still very low, only about 22.4mm. This is one of the peak months of the dry season in Danang.

Coming to Da Nang on this occasion, visitors have the opportunity to participate in the “Quan The Am” festival held on February 19 of the lunar calendar every year. This traditional festival is held with a larger and larger scale and richer content, attracting a large number of male and female believers and tourists from near and far to the festival, creating a bold living scene. traditional hometown color momentum. Coming to the festival, visitors also have the opportunity to immerse themselves in the festive atmosphere, immerse themselves in the national cultural identity for a better and more beautiful life.

In April, Danang has quite warm weather, sometimes with strong winds. The weather is getting warmer compared to March, especially the weather still has a hint of spring aftertaste. The temperature in this month ranges from 23.3 to 31 °C. The air humidity is about 80%. However, the rainfall is still very low, only about 26.9mm.

The weather in May is much changed compared to April, the sun is hotter, and also begins to appear scattered strong and prolonged waves. There are days when the temperature can reach 38-40 degrees. This is also one of the months with the highest temperature in the year, with the average temperature from 24.9 to 33.4 oC. The average monthly hours of sunshine range from 234 to 277 hours.

In June, the weather is hot, sunny and also true in the summer, is the resting season for the students and pupils, is also the season for office workers and civil servants to make relaxing trips later. half a year of hard work. It will be your right choice when coming to Da Nang. Because, June is the “high season”, so in Da Nang there are many types of summer fun. 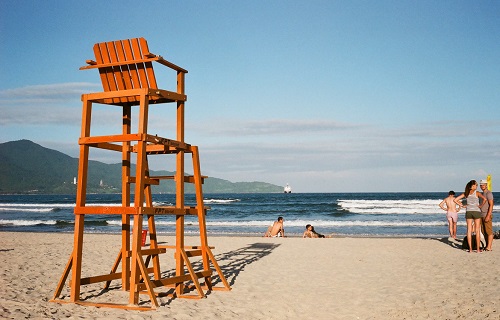 July – the last month of the dry season in Da Nang. At this time, occasionally a few small rains appear, but the insignificant rainfall is only about 87.3mm. The temperature remains high around 25.30C to 34.90C. 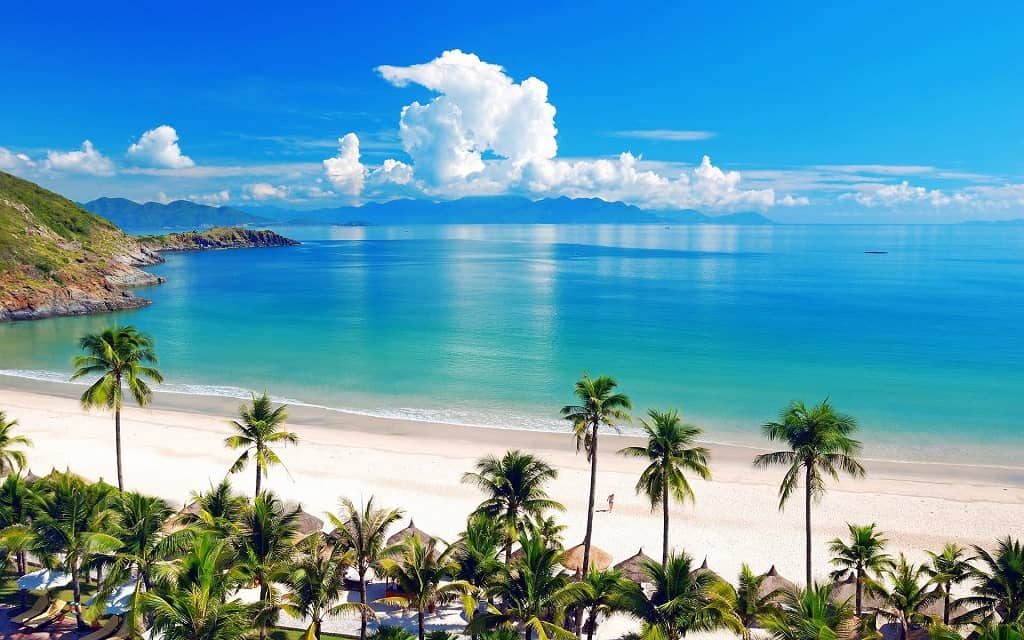 Da Nang in August is the time when summer begins to prepare for the autumn, now there are no more sun burns, instead of sunshine, just enough to enjoy the warmth, A few light, flashy rains occasionally appeared in the afternoon just enough to make the air cooler and cooler. Coming to Da Nang in August, you can comfortably plan swimming, snorkeling, or go to Ba Na Hill with little attention to weather. 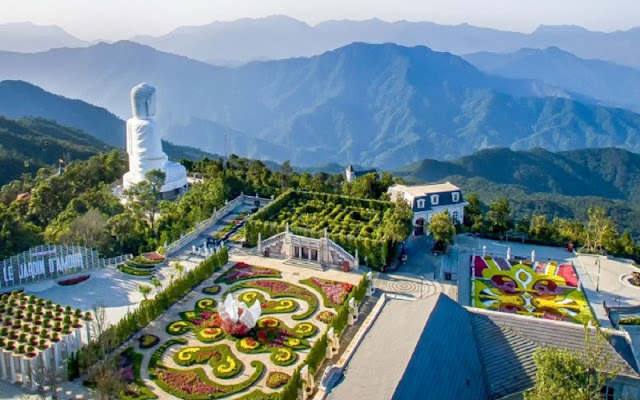 September – during the peak of the rainy season. In this month, the rainfall is very heavy, about 15-20 days a month will have rain, the average temperature decreases compared to August, only from 24 to 31.4 0 C, high humidity about 90%.

October is the peak month of rainy season in Da Nang. At this time, the rainfall in a month is very heavy, about 25 days a month will have rain. Heavy rain makes the daytime temperature softer than the other months, the temperature ranges from 23.3 to 29.6 oC and the humidity increases by about 85%.

The humid and rainy air affects the outdoor activities, if you come to Danang at this time, spend most of your time relaxing at the luxury resorts of Danang and enjoy. the famous fresh, delicious and nutritious sea specialties here.

Da Nang weather in November is much cooler than summer. This time, Da Nang is entering the end of the rainy season. Occasionally there will be sudden rains coming. So, you should bring a small umbrella with you when traveling to Da Nang in November. The daytime temperature in Da Nang in November ranges from 28-30 degrees. At night, the temperature drops about 21-22 degrees lower. If you go to the beach at night, you will feel the air very cold and cool.

December can be considered as the starting month for the cold season in Da Nang, although winter here as every year has started around November. At the end of this year, cold winds come back later than every year, so the weather is in December was pretty bad. The temperature falls in the range of 19-28 degrees Celsius, some of which get cold and drop below 20 degrees Celsius. This is also the time when the outdoor activities in some tourist destinations are stopped. Particularly, tourists who have booked tickets to Ba Na Hills will have to accept the bright, sunny, rainy afternoon and cold weather.