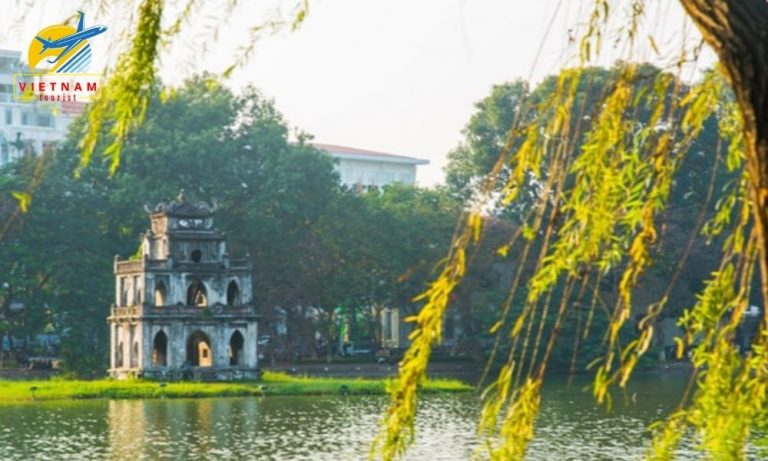 The exotic, squalid, gauche, and hip Vietnamese capital of Hanoi is a full-fledged affront on the senses. Its crumbly, lemon-hued colonial architecture is a visual feast; swarms of whirring motorbikes invade the ear; and the delicate scents and tastes of delicious street food can be found all over a city that, unlike so many of its regional contemporaries, manages to revitalize with grace. Despite its political and historical significance, as well as the constant noise generated by a large population, Hanoi Travel has a more intimate, urbane appeal than Ho Chi Minh City. Continue reading for the best Hanoi travel guide to learn everything there is to know about this incredible city.

When Tang Chinese armies invaded Vietnam in the seventh century, they chose a small Red River fort as the capital of their new protectorate, which they optimistically named Annam, the “Pacified South.” Three centuries later, in 939 AD, the rebellious Vietnamese drove the Chinese from their “Great Nest,” Dai La. The citadel was abandoned after that until 1010, when King Ly Thai To, widely regarded as Hanoi’s founding father, recognized the site’s potential and established his own court alongside the Red River. The omens seemed to be on his side, because legend has it that when the king stepped from his royal barge onto the riverbank, a golden dragon flew up towards the heavens. Thang Long, the “City of the Ascending Dragon,” was destined to be the nation’s capital for the next eight hundred years, with only minor interruptions.

Ly Thai To and his predecessors set about building a city fit for “ten thousand generations of kings,” selecting auspicious places for temples and palaces based on geomancy laws. They built protective dykes, a town of artisans and merchants alongside the Imperial City’s eastern wall, and established the nation’s first university, laying the groundwork for modern Hanoi. The country was again under Chinese occupation beginning in 1407, but only for a short time before the great hero Le Loi retook the capital in 1428. The Le Dynasty kings drained lakes and marshes to accommodate their new palaces and a growing civilian population, and Thang Long was able to enjoy a golden period by the end of the 15th century under the great reformer, King Le Thanh Thong. However, shortly after his death in 1497, the country devolved into anarchy, and the city gradually declined until Emperor Gia Long relocated the royal court to Hué in 1802.

The Best Time of Hanoi Travel

In terms of weather, the best time to visit Hanoi is from October to December, when you’ll find warm, sunny days and humidity levels below the norm of 80%, though it can be chilly at night. From January to March, cold winds from China combine with high humidity to create a fine mist that can last for days. Better weather usually arrives in Hanoi in March and April, before the extreme summer heat arrives in late April, accompanied by monsoon storms that peak in August and can last until early October, causing severe flooding throughout the delta.

The best location in Hanoi depends on how much money you want to spend and the type of accommodation you want. Budget accommodation is best found in the Old Quarter and to the west of Hoan Kiem Lake, where there are dozens of hotels and hostels ranging from basic dormitories to increasingly ritzy places with air conditioning and satellite TV. Look around Ngo Huyen, just north of the cathedral, for the cheapest of the cheap, where dorm rooms cost $5 per night. The French Quarter is home to the city’s most desirable addresses, led by the venerable Sofitel Legend Metropole and its neighbor, the Hilton Hanoi Opera.

Things To Do in Hanoi Travel

In Hanoi, there is no shortage of things to see and do. Continue reading our Hanoi travel guide to learn about the best street food, entertainment, and shopping.

For sheer value and atmosphere, the rock-bottom, stove-and-stools food stalls or the slightly more upmarket street kitchens, most of which specialize in just one or two types of food, are your best bet. Food stalls and street kitchens can be found all over the city, often with no successful brand and little to make a decision individual institutions, but there are a few that stand out. Here’s a list of where to find the best street food in Hanoi, as well as what you should try during Hanoi travel:

In terms of nightlife, Hanoi goes to bed pretty early, though the authorities appear to be gradually relaxing their midnight curfew, and there are now several bars open until the early hours. The variety of nightlife options is constantly expanding, particularly on Ta Hien, a street packed with lively, dimly lit bars, and nearby Dau Duy Ta, where many locals congregate. Nonetheless, the busiest establishments are unquestionably the bia hoi outlets selling pitchers of the local brew.

Hanoi has an unusual mix of highbrow entertainment for tourists, ranging from traditional Vietnamese water puppetry to ca tru performances and classical opera theaters. The performances at the Golden Bell and Hong Ha theatres provide a glimpse of traditional Vietnamese folk music and drama, but aside from these and a few tourist-oriented restaurants (such as Indochine), there are no other venues in Hanoi that regularly showcase Vietnamese traditional culture. However, things change quickly, so ask the concierge

at your hotel if there’s anything interesting going on in your neighborhood, and keep an eye on hanoigrapevine.com for information on upcoming arts events. Cinema complexes in shopping malls screen English-language films for moviegoers.

When it comes to crafts, silk, accessories, and souvenirs, Hanoi has the best overall selection, quality, and value in the country. Embroideries, wood and stone carvings, inlay work, and lacquerware are regional specialties; the best places to shop in Hanoi are the south end of the Old Quarter, such as along Hang Gai and the streets around St Joseph’s Cathedral. Though smarter establishments are increasingly having fixed prices, you should expect to bargain in many shops and market stalls. You’ll never be far from one of Hanoi’s fifty markets, which sell primarily foodstuffs at low prices.