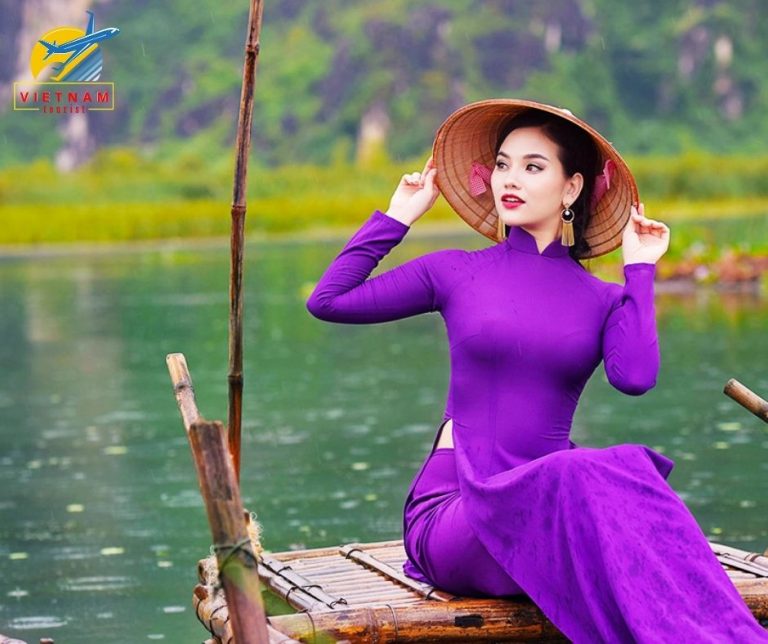 Culture of Vietnam is one of Southeast Asia’s oldest and is heavily influenced by Chinese culture. After gaining independence from China in the tenth century, Vietnam began to expand southward, resulting in the incorporation of elements from the Champa and Khmer cultures into culture of Vietnam. Later, French colonial rule in Vietnam introduced Western culture to the country, resulting in the spread of Catholicism and the Latin alphabet. Following the establishment of the communist regime in Vietnam, several restrictions were imposed on cultural exchanges with Western civilization, while exposure to the cultures of other communist nations such as Cuba, the Soviet Union, and others was encouraged.

Despite modifications over time, some aspects of culture of Vietnam, such as veneration of ancestors, respect for family values, devotion to study, and so on, have remained unchanged. 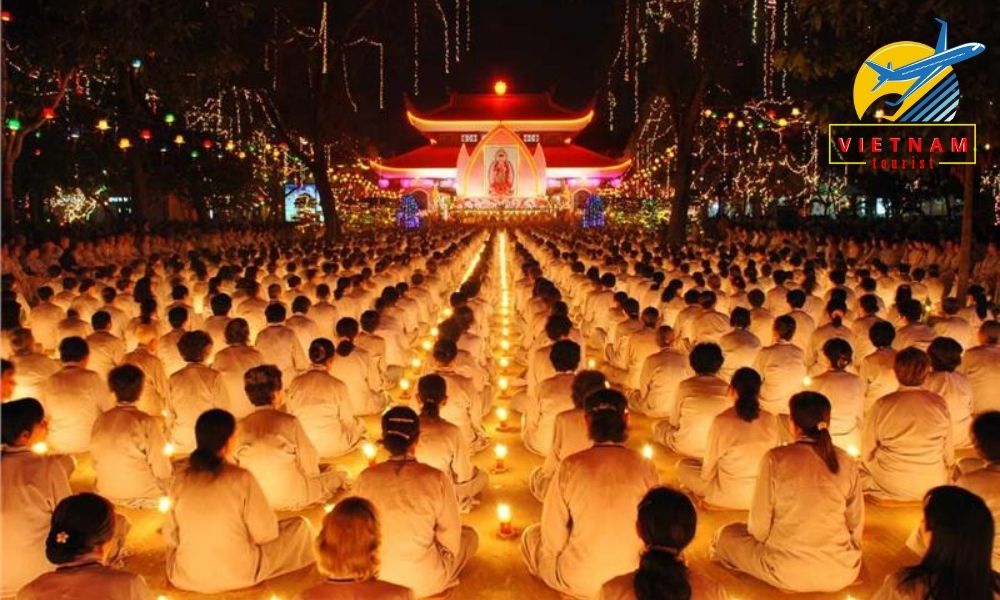 Individualism is valued less in Vietnam than family and clan. Clan is the country’s most important social unit, and each clan has a patriarch who leads the clan and a clan altar. Even today, clan members living together in longhouses is a common practice in some parts of the country. It is also not uncommon for a family to have three to four generations living under the same roof. Clan members are blood relatives and frequently name their villages after their clan names. Clan members’ death commemorations are usually attended by all clan members. Previously, weddings in Vietnam were mostly organized by parents, and people married young. Nevertheless, times have changed, and Vietnamese youth now have more freedom in choosing the time and partner for their marriage.

In Vietnam, the traditional funeral ceremony is also quite elaborate and lengthy. The deceased’s body is washed and dressed. A chopstick is wedged between the teeth, and three coins and a small amount of rice are in the mouth. After that, the body is placed on a grass mat and buried in a coffin. All family and friends attend the funeral, and mourning rituals continue in stages after the funeral day for about two years. However, the number of rituals has decreased over time, with modern burials and funerals being less elaborate than in the past.

Vietnamese cuisine is popular all over the world. It is diverse, but it can be divided into three primary regions: the north, south, and central regions of the country. Noodles and noodle soups of various types are popular here. It is preferable to use less oil and more vegetables. Popular ingredients include soy sauce, fish sauce, mint, and basil. Rice is a regional staple. Vietnamese cuisine has a wide range of flavors, from spicy and sour to sweet. The ph, a noodle soup from North Vietnam, is a well-known Vietnamese dish that consists of rice noodles with beef or chicken soup and scallions or bean sprouts as accompaniments. 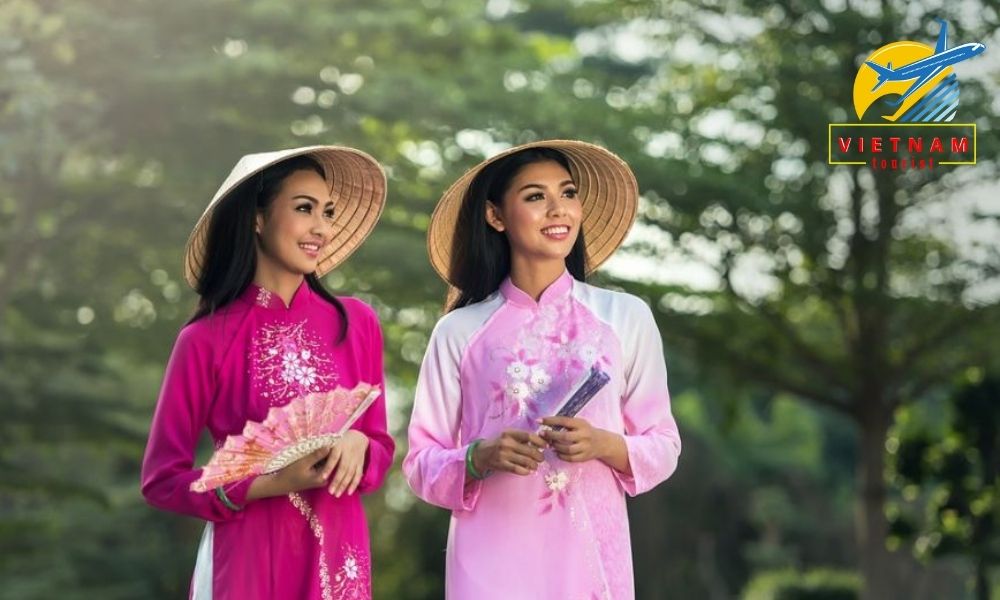 The traditional dress of the Vietnamese people varied over time and was heavily influenced by the whims and fancies of the region’s rulers. Prior to the Nguyn dynasty, the common people had more freedom in choosing their clothing. Several restrictions were imposed on the type and colors of clothing that could be worn by the common people of Vietnam during the reign of the Nguyn dynasty. Traditional Vietnamese costumes include four-panel traditional dress, South Vietnamese pajamas and so on.

The color code of the dresses also changed over time, and during the reign of the Nguyn dynasty, only the monarchs were allowed to wear gold clothes, while purple and red were popular among the nobles and aristocrats. The headgear worn in Vietnam has evolved over time, with the cylindrical hat or Nón Lá being the most famous.

4. Music & Dance in Culture of Vietnam

Vietnam is famous for its rich musical and dance traditions. Vietnamese music varies according to where you live in the country. It is older and more formal in the north, while Champa culture has a significant influence on Central classical music, and music in the south is more lively. There are nearly 50 national musical instruments in the country. The Ca trù and Imperial Court music are important traditional forms of Vietnamese music.

Vietnam’s ethnic diversity has endowed the country with a wide range of dance forms. These dances are typically seen at cultural programs and festivals throughout the country.

Buddhism, Taoism, and Confucianism are the primary influences on Vietnamese art. However, Cham and French influences have recently been reflected in art presentations. Silk painting is popular in Vietnam, and it makes extensive use of color. Calligraphy is also a well-respected art form, and during festivals such as the Lunar New Year, people would often pay a visit to a village teacher or an erudite scholar to obtain calligraphy hangings for their homes. Wood-block prints from Vietnam are also famous. Other performing arts forms in Vietnam include water puppetry and various types of theater.

5. Religions & Festivals in Culture of Vietnam 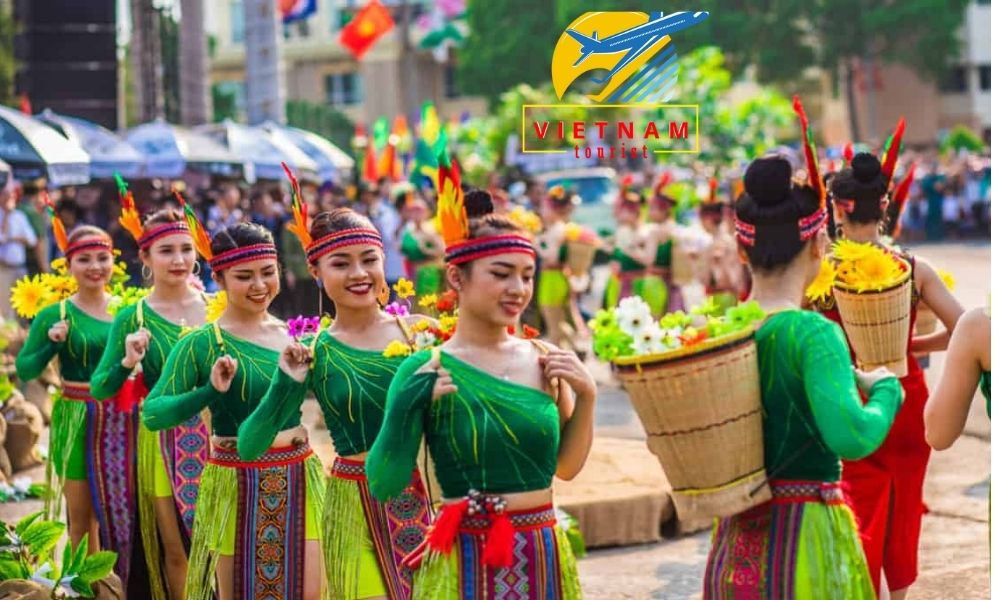 The three major religions practiced in Vietnam are Taoism, Buddhism, and Confucianism. The number of Catholics in the country is also increasing. The Vietnamese believe in ancestor worship as well. Forefather altars are placed in people’s homes or offices. Several festivals, both traditional and adopted from other cultures, are celebrated to commemorate pomp and glory in the country. The Mid-autumn lantern festival, Buddha’s Birthday, and the Lunar New Year are three of Vietnam’s most notable centuries-old traditional festivals. 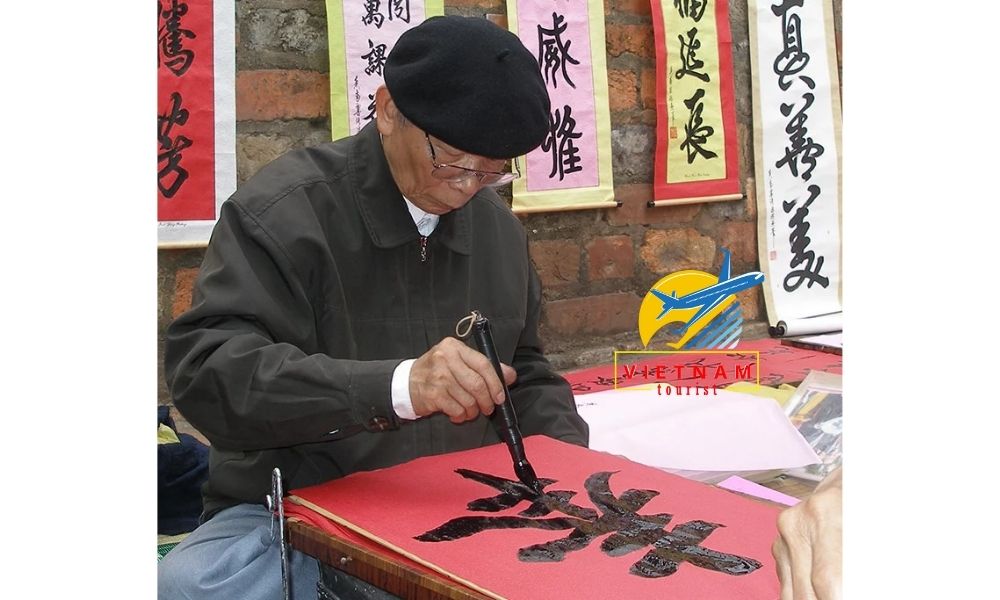 Vietnam’s literature has progressed from romanticism to realism over the years. Folk literature and written literature are two aspects of the country’s literature that developed almost simultaneously. Fairytales, folk legends, humorous stories, and epic poems are all part of folk literature. Previously, written literature in the Cham and Nom characters focused on poetry and prose. It is now primarily written in the National Language and includes short stories, dramas, novels, and so on.

Buddhism, Taoism, and Confucianism are the primary influences on Vietnamese art. However, Cham and French influences have recently been reflected in art presentations. Silk painting is popular in Vietnam, and it makes extensive use of color. Calligraphy is also a well-respected art form, and during festivals such as the Lunar New Year, people would often pay a visit to a village teacher or an erudite scholar to obtain calligraphy hangings for their homes. Wood-block prints from Vietnam are also popular. Other performing arts forms in Vietnam include water puppetry and various types of theater.

These are famous characteristics in Culture of Vietnam. Wish you will come to and have a good time in areas of Vietnam in the future!