BEST PLACES IN VIETNAM TO VISIT 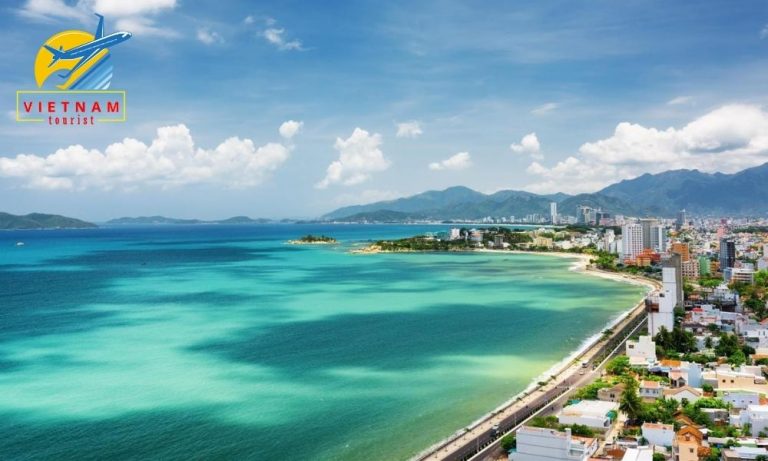 Vietna is famous for tourism with diverse culture and wonderful landscapes. Below are best places in Vietnam to visit.

Halong Bay’s ethereal beauty is characterized by towering karst limestone pillars and small islets of various shapes and sizes amidst crystal blue waters. It is the most popular tourist destination on this side of the country, located in northern Vietnam. In 1994, a portion of Halong Bay, whose name translates to “where the dragon devolves into the sea,” was designated as a World Heritage Site. Halong City is the bay’s main entry point.

The most common way for tourists to explore the region is on a cruise or day-trip boat, which cruises among the limestone pillars and some of islets. Many cruises and day trips include island landings and cave explorations. There are also some floating villages where visitors can interact with the locals, try their food, and buy trinkets.
Kayaking is another activity that has grown in popularity in recent years. On a bright sunny day, kayakers can paddle near and around the limestone pillars. A few caves also allow for kayak exploration, which is an unforgettable experience.

Having overcome a turbulent period in its past, peaking at the Vietnam War, Ho Chi Minh City has since grown by leaps and bounds to become undoubtedly the country’s most iconic tourist destination. There are several historical sites, such as the Cu Chi and Ben Dinh Tunnels, that are remnants of the country’s war-torn past. Other attractions include the Notre Dame Cathedral, the Saigon Opera House, and the Central Post Office, all of which were built during the French rule and brilliantly showcase classical French architecture. These popular tourist attractions are all close to each other in the city’s District 1.

Visitors can find a wide variety of handicrafts, textiles, electronics, and bric-a-brac souvenirs at local markets such as Ben Thanh and Binh Tay. Ho Chi Minh City has many eccentric shopping malls, fine dining restaurants, and glitzy nightclubs that cater to more modern and lavish tastes.

Hoi An, one of Asia’s oldest cities, is a town in central Vietnam that was designated a UNESCO World Heritage Site in 1999. Hoi An, located south of Danang, translates to “a peaceful meeting place.” It is one of the most important cultural and historical towns in Vietnam, as well as one of the richest. It’s worth noting that Hoi An has no airport or train station and can only be reached by car.

As a trading port, Hoi An’s food is delightfully interesting and multi-cultural. The provincial cuisine is served historically, but it is also served with influences from Eastern Asia and other parts of South-Eastern Asia. Food preparation classes, where tourists learn about local ingredients and try their hand at preparing traditional dishes, are a popular tourist activity here.

As a former riverside port town, the Japanese and Chinese influences on the town’s architecture can still be seen today. The Japanese trader houses, Chinese temples, and even warehouses bear witness to the meeting of traders from various Asian communities.

Sapa is one of Vietnam’s most famous hill stations. Sapa, located at a height of 1500 meters, shares a border with China. This major tourist destination is well-known for its high multiculturalism as well as beautiful scenery. This area has increased dramatically in recent years and is considered as among the most beautiful in the country.

Sapa is a popular tourist destination in the Vietnamese country of Vietnam. This location is well-known for its high cultural diversity and is situated at a height of 1500 meters above sea level. This location is known for being surrounded by innumerable hill tribes and has grown to become one of the prime spots that have increased the country’s tourism business. The French established this location as a hill station in 1722, and it is known for its extensive rice cultivation. When you visit this location, you can expect an enjoyable and soothing atmosphere.

Nha Trang, on the coast of Southern Central Vietnam, is a popular beach resort city with some of the world’s most beautiful bays. While the fine powdery white crescent beach is a highlight of the shoreline, frequent renovations have resulted in parks, sculpture gardens, bright promenades, and beachside luxury resorts. Because of the great weather, activities like sailing, kiteboarding, and scuba diving are popular all year.

Nha Trang is common with both backpackers and splurgers. Small boutiques, spas, and cocktail bars line the streets near and along the shorelines. Small diners and street food stalls serve some of Vietnam’s best seafood, with the Pulled Pork Summer Rolls being a perennial favorite. Locals and tourists switch to loud partying in the street bars and clubs late at night.

The various spas and mud baths are ideal for those seeking a more relaxed and laid-back experience. The Cham Towers, Pagodas, and Museums, located further inland in the city, also provide a fantastic easy-going experience for tourists.

Da Lat is a relaxing mountain range in Vietnam’s southwestern highlands, about 6 hours from Ho Chi Minh City. Da Lat’s crisp and cool weather attracts honeymooners, backpackers, and deluxe travelers alike, as it is a far cry from the tropical heat of the south.

Da Lat is often referred to as Mini Paris because of its relaxing surroundings, which include pine trees, noble hills, blossoming flowers, world-class golf, and relics of French architecture. The climate of Da Lat also makes it a great place for farming local produce including such fruit and vegetables as well as the Robusta Coffee.

Da Lat Town is a bustling metropolis surrounded by hills, gardens, lakes, coffee plantations, and waterfalls. It’s no surprise that Da Lat is also popular among backpackers for hiking, canyoning, and trekking. When it comes to honeymoon destinations, it is also a local favorite.

Da Lat has everything to keep a tourist happy and satiated, from history to sightseeing, and from peaceful coffee house nooks to thriving marketplaces filled with local organic fruits and vegetables.