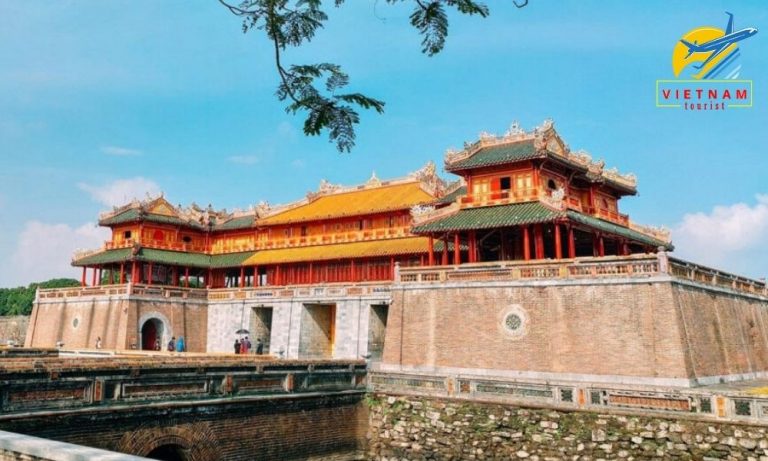 Historic places in Vietnam reflect the country’s complex and diverse history. Ancient temples with Chinese influences can be found in the north, while intricate Hindu temples can be found in the south. The capital, Hanoi, is characterized by broad, tree-lined thoroughfares that contrast with the warren of roads and passageways that characterize its busy and often primitive markets.

Though it is best known for the vicious Vietnam War, dubbed the “American War” by the Vietnamese, Vietnam is a country rich in history and culture, with a plethora of must-see attractions to match. The country’s ancient cities, monuments, and historic palaces are just a few of the sites that make it a must-see for any history buff. Here are our top five picks.

Hoa Lo Prison – translated as ‘fiery furnace’ or ‘Hell’s hole’ – was a place of incomprehensible brutality built in stages in downtown Hanoi by the French between 1886 and 1901.

Except for the small southern section, the prison was demolished in the mid-1990s, and the museum now focuses on the French colonial period and has been described as a “bare-knuckles recreation of destitution.” See a gruesome collection of chains, shackles, the guillotine, and other torture instruments, as well as the cell lines and iron doors constructed and dispatched over from France.

The French built Ha L Prison in downtown Hanoi in stages between 1886 and 1901 (when Vietnam was still French Indochina). Ha L Prison – translated as ‘fiery furnace’ or ‘Hell’s hole’ – was a place of incomprehensible brutality. Originally designed for 450 inmates (but housing over 2,000 by the 1950s), Ha L went through three distinct periods.

During the colonial French era, it was known as ‘Maison Centrale’ – Central House – and was intended to hold Vietnamese political prisoners agitating for independence, many of whom were later tortured and executed.

The first American prisoner arrived at Ha L in August 1964, and nearly 600 American POWs were interred here until 1973, including future Republican presidential nominee John McCain. The nickname ‘Hanoi Hilton’ was given sarcastically because their treatment was horrific and brutal, and it violated the Geneva Convention, to which Vietnam was a signatory, despite North Vietnamese propaganda claiming they were treated well, and the Hanoi Hilton nickname was given because it was similar to a hotel. It wasn’t the case.

From 1802 to 1945, the Imperial City of Hue served as the capital of Vietnam and was vital to the last Vietnamese royal house, the Nguyen Dynasty. Hue, the nation’s political, ethnic, and religious center during this time period, is rich in architectural treasures, and UNESCO has designated it as a “interesting example of an eastern feudal capital.” The way the city was incorporated into its natural environment is especially significant.

The site, which has been a World Heritage Site since 1993, is actually a vast complex of landmarks spread over 4km and embraces some 140 structures of varying sizes such as temples, pavilions, a library, and even a theatre.

The Imperial City of Hue, a World Heritage Site since 1993, is actually a vast complex of monuments spread over 4 kilometers and encompassing some 140 constructions of varying sizes, including temples, pavilions, a library, and even a theatre. All of this was guarded by three rings of massive ramparts reinforced by 24 bastions and pierced by ten intricately decorated gates.

Many sources refer to the city as the citadel, but the Hue Citadel is only one aspect of its ruins, which also include the Imperial Residence, the Imperial City or Hoang Thanh, the Forbidden Purple City or Tu Cam Thanh, and administrative and military structures. This is one of the most must-see historic places in Vietnam.

Hue’s Imperial City has a variety of sites, including fortresses such as Tran Hai Thanh and Tran Binh Dai, in addition to its Citadel. Its spiritual quarter, with its temples and tombs, can be found further out.

The Imperial City is located in Thanh pho, Hue, and is directly across the river from the new buildings and accommodations, making it an easy walk away. Alternatively, you can use the Grab app to hail a taxi there.

The Ho Chi Minh Museum examines his life and ideals in a variety of ways, from biographical to almost existential. It also delves into Vietnam’s global disputes and emancipation struggle. It is close to the Ho Chi Minh Mausoleum, where he is buried.

In eight chronological exhibitions, the Ho Chi Minh Museum examines the President’s life and ideals, from the biographical to the almost existential. Exhibits on his upbringing, time spent traveling abroad, the influences of Marxism and Leninism, and his later life and death are among them.

It also looks at Vietnam’s international conflicts and struggle for independence, as well as a variety of artifacts, miniatures, and memorabilia from around the world.

The museum is conveniently located near the Ho Chi Minh Mausoleum, his final resting place.

The Ho Chi Minh Mausoleum in Hanoi, Vietnam, is a massive granite and red marble framework that houses Ho Chi Minh’s tomb, known locally as Uncle H by a great number of Vietnamese.

Ho’s body is now housed in the Ho Chi Minh Mausoleum, where tourists can see it through a glass case.4. Independence Palace

Independence Palace, also known as Reunification Convention Hall, is a landmark in Ho Chi Minh City that served as the home and workplace of South Vietnam’s President during the Vietnam War. When Saigon fell in 1975, a tank crashed through its gates, signaling the end of the war. It then gained international acclaim.

The palace is now a time capsule from 1975, complete with lush gardens, secret rooms, antique furniture, and a command bunker, as well as two tanks used in the palace’s capture parked outside the grounds.