5 BEST PLACES TO VISIT IN VIETNAM 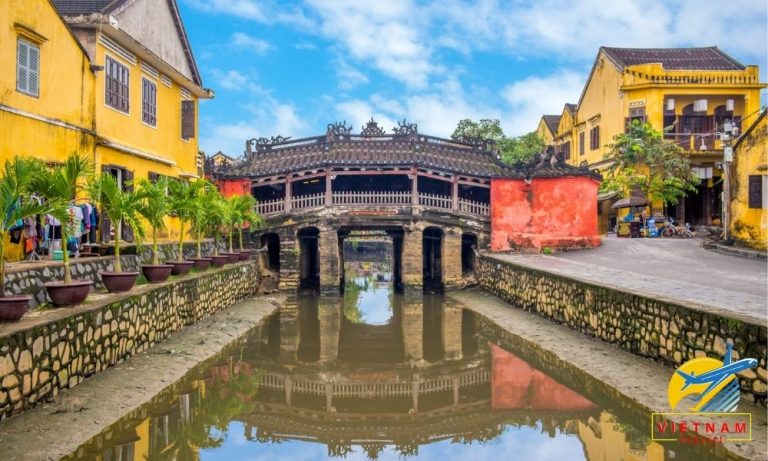 While the countryside is full of lush scenery, the big cities are full of modern life and offer plenty of opportunities to sample Vietnam’s delectable culinary highlights.

This fascinating country is full of surprises and is one of the most underrated destinations in Southeast Asia. Use our list of the best places to visit in Vietnam to plan your trip.

Halong Bay’s karst seascape is a UNESCO World Heritage Site and one of the best places to visit in Vietnam and the world for spellbinding sea views.

Thousands of limestone islands in the Gulf of Tonkin have been eroded into jagged pinnacles by wind and water action over millennia.

This is prime cruising territory, with the bay’s scenery best seen by boat. A day trip will not suffice to see Halong Bay’s iconic views, so book at least an overnight tour.

There are numerous caves in the bay that can be visited, including the Hang Sung Sot, which has three massive caverns, and the Hang Dao Go, which has fantastically strange stalagmites and stalactites. The highlight for most people, however, is simply cruising through the karsts and taking in the changing scenery of pinnacles as they pass by.

No trip to Vietnam is complete for big city fans unless they visit Ho Chi Minh City, the country’s buzzing commercial hub.

The streets are clogged with motorcycles and cars, the restaurant and café scene is extremely cosmopolitan, and the shopping is among the best in the country.

Dong Khoi, the city’s central district, is relatively small and easily navigable, and it houses the majority of the city’s attractions.

The HCMC Museum, with a magnificent collection of objects that weaves together the story of this city, and the magnificent Notre Dame Cathedral, developed in the late nineteenth century, are both located here.

Come and visit Da Kao old district for some of the best surviving examples of the city’s French colonial architecture, as well as the Jade Emperor Pagoda, which houses a wide assortment of Buddhist and Taoist religious iconography.

Following that, the History Museum is a must-see for history buffs, with stacks of relics from numerous ancient finds on display.

For many visitors, the two must-see tourist attractions are located just outside the city center, along Nguyen Thi Minh Khai Street. The Reunification Palace, formerly known as the Independence Palace, served as the presidential residence of South Vietnam. It is best known as the location where North Vietnamese tanks came to a halt on April 30, 1975, officially ending the war. It’s an interesting place to visit, comprehensive with 1960s decorations that are still in place.

The War Remnants Museum, which is right next door, paints a depressing picture of war’s viciousness and the many atrocities committed by US forces during their Vietnam campaign, despite being obviously biased.

Following that, the History Museum, which houses relics from various archaeological sites, is a must-see for history buffs.

For many visitors, the two must-see tourist attractions are located just outside of the city center, on Nguyen Thi Minh Khai Street. The Reunification Palace, formerly known as the Independence Palace, was the presidential residence of South Vietnam. It is most famous for being the location where North Vietnam’s tanks came to a halt on April 30, 1975, officially ending the war. It’s a fascinating place to visit, complete with 1960s furniture that’s still in place.

The War Remnants Museum, which is nearby, paints a disturbing picture of the brutality of war and the many atrocities committed by US Forces during their Vietnam campaign, despite being obviously biased.

Outside the Imperial Enclosure walls, there are a plethora of historic sites.

A riverboat cruise on the Perfume River is one of the most enjoyable ways to visit a collection of outlying sites. A day cruise can take you to several royal tombs as well as pagodas.

If you don’t have much time, the best tomb to visit is the Tomb of Tu Doc, and the most important pagoda in the area is the Thien Mu Pagoda, with its tower that soars for several hundred meters.

My Son is a ruined Cham era temple city from the 4th century, surrounded by lush jungle-covered mountains.

This ancient Hindu religious center was still in use from the seventh to tenth centuries and only fell into complete decline and abandonment in the thirteenth century.

Around 20 temple structures remain, all constructed of brick or sandstone blocks and displaying interesting influences from various Asian empires, including Indian and Malay.

It’s worth noting that Group B’s temples are the oldest, whereas Group A once housed the site’s most important monument but was deliberately destroyed by US forces during the Vietnam War.

On-site, there is a good museum with a lot of information about the Cham.

Beautiful Hoi An is Vietnam’s most atmospheric city, with plenty of surviving historical buildings.

The old town quarter is a delight to explore, with well-preserved merchant houses dating back to Hoi An’s heyday as a trading center in the 15th century, when the town was a major meeting point for Japanese and Chinese merchants who lured here for the municipal silks.

Many of the old merchant houses have been opened to the public, so you can get a sense of what life was like back then. Tan Ky House, built in the 17th century, is the best. It has fascinating architectural and decorative elements.

The delightful Japanese Bridge at the western end of Tran Phu Street is Hoi An’s main symbol, while the Assembly Hall of the Fujian Chinese Congregation is the old town’s most ornate temple.

There are numerous small pagodas and museums dotted around town, but the true charm of Hoi An can be found simply strolling through the old town streets and admiring the well-preserved facades.